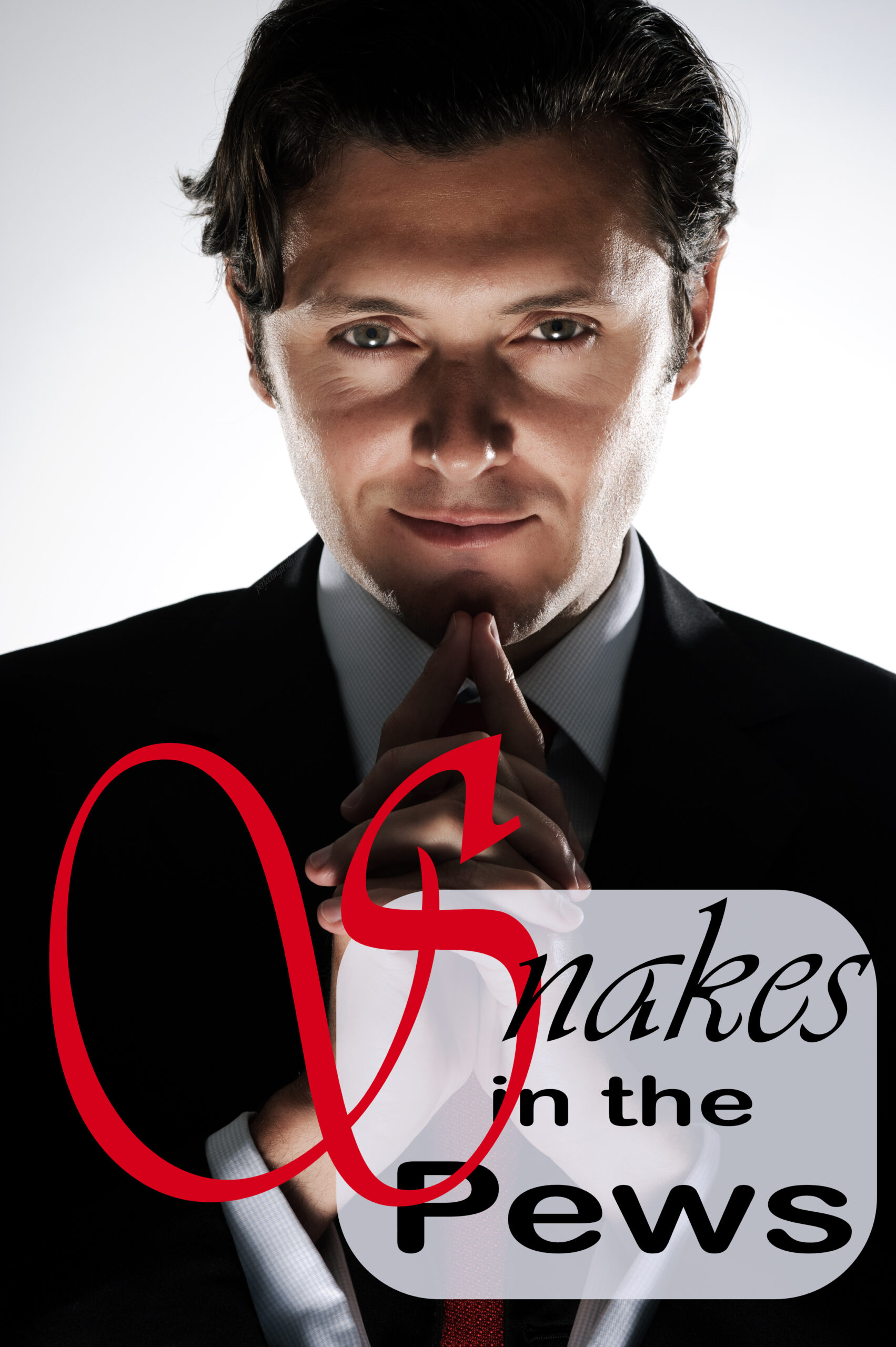 You know, the church has gotten away from calling out sin with the same strength of language used in the Bible. We let people’s feelings and the number of cheeks in the seats cause us to soften the language in order to appease. I used to think that was okay; I mean nobody wants to hurt people’s feelings, and we are supposed to be kind and all that. But, as I have paid more attention and matured in my understanding, I realize this is wrong and does a great disservice to the souls entering so many churches today. Why? Because instead of helping individuals turn to the Lord, our soft disclosure of truth regarding humanity and sin has created a breeding ground for snakes in the pews.

Some Characteristics of Snakes

Snakes have various characteristics. Their mouths, for instance, are hinged and quite flexible. They also do not have the best hearing or vision. Snakes are cold blooded beings who do not have the capacity to feel emotions such as affection; they cannot form a bond. They are good at hiding in plain sight. Though not all snakes are venomous, they all kill their prey; they go where desired prey frequents, lie in wait until they choose their desired victim, they then stalk it and strike when the time is right! These are just a few of the characteristics of snakes. When you consider them, you can easily draw a few parallels with those you may have seen singing, speaking or even sitting next to you on Sunday mornings.

Snakes in the pews can exhibit similar characteristics. They are often selectively deaf, refusing to hear the truth. They have poor vision, unable to see themselves and the condition of their heart before God. Not only are these snakes devoid of concern for the lost, but they are also often mean and venomous towards others when not in church circles. Such individuals can inject poison into the hearts and minds of their family, for example, as they misuse and abuse spouses and children while craftily concealing themselves in their comfortable church pews.

Not everyone who goes to church is saved. I know in the church world these days many would love for you to believe otherwise, but it’s just a fact that many hell bound hypocrites are sitting in places of worship across this nation and world.

Those who walk in repentant obedience to God do struggle. The life of a child of God is not without its share of battles. Sometimes the inner battle can seem more than one can bear. Struggles, however, suggest the saint is fighting. They are resisting until their day of deliverance. They are, as Paul said, beating their bodies into subjection; whatever it takes to be found so-doing in their submission to the will of God.

For snakes in the pews, there is no true repentance. They are great actors, even with added emotion and crocodile tears. But their heart is deceitful and wicked. These actors prey on the saints, because children of God want to believe the best. Believers are trusting but often, like Joshua with the Gibeonites, fail to run background checks with God on the individuals who come in (Joshua 9).

It is not our job to police individuals, but we do need to make it a practice to consult the Lord. Pay attention to what we see, the subtle fruit displayed by people, and admit what we see. Jesus said a tree is known by its fruit. A pear tree has no business producing durian fruit, and there is no way to make durian be a pear.

Snakes in the pews will not enter the kingdom of God. They are not a part of Christ’s bride. Click To Tweet

Today, many have let the world slap a muzzle on them and they won’t tell people the truth. Many, therefore, remain snakes, thinking themselves brilliant enough to bypass an all seeing, all-knowing God, live by their own design and still make heaven their home.

The only help is to shine the light into the snake’s den; tell the truth, expose the heart. Perhaps then some will choose to stay in the light and be transformed. Some won’t, but woe be unto us for mollycoddling snakes and strengthening their evil doing hands with pablum and pats on the back.

THE LOVE OF GOD IN THE SAINTS

Some snakes in the pews, once revealed, can bring about intense anger and disappointment. We must remember that these individuals don’t need hatred from us. They need us to love them enough to obey Scripture, and even remove them from our midst if necessary (Matt 18:17; Rom 16:17; 2 Thess 3:14 ).

Snakes in the pews have souls and an eternal destination, just like everyone else. Heaven still rejoices over one, so let us not fail to pray and be truthful witnesses to these individuals. Maybe, just maybe some will turn from their wicked ways and truly repent. If one in our midst will turn to the Lord and repent, is it not worth the uncomfortable steps we had to take “refusing to eat with them” and the time spent in prayer on their behalf? Of course it is!

KNOW WHO AND WHERE THEY ARE!

Have you ever read about Ananias and Sapphira in Acts 5? It is a very concise account of their actions which led to their ultimate doom. From the story we can gain valuable insight…if we don’t overlook it.

The saints did not know there were snakes in their midst. The Holy Ghost revealed their wicked heart. Ananias and his wife were each given an opportunity to tell the truth about what they had done. They chose to continue in the path of wickedness, held to their lie and promptly died for it. After reading the account, I believe if they had taken that opportunity to be honest and repentant, they might have had a different outcome.

We must not strengthen the hands of evil doers, even if it’s a spouse, parent or child. Sapphira could have told the truth, but she supported her husband to her eternal death.

Snakes in the pews really fail to realize God is not man. When you lie, cheat, steal, insert sin here_____ it is against God Almighty, and you cannot fool him. It may work with human beings for a time, since we are not omniscient or omnipresent, but you cannot sweet-talk and manipulate your way out of sin against God.

If they were able to speak to folks today, Ananias and Sapphira would no doubt tell us we need to stop all the foolishness because you never know when God will draw the line, saying all your chances have been exhausted!

The Bible does not say Peter had everyone stop and pray for them. God gave them a choice to come clean, a final opportunity; they chose not to, so he removed the wickedness from among His people. And in doing so those in the church, as well as those who heard what happened developed a healthy fear of/reverence for God that day.

WHO GAVE YOU THAT UTTERANCE?

Snakes in the pews claim to have the Holy Ghost but refuse to live right. Some even “speak in tongues” while continuing to lie, cheat, steal and refuse to obey God’s Word. So, who gave them this utterance? Let’s consider the serpent in the garden.

Snakes have oscillating tongue flicks. Your flapping tongue means nothing if the Holy Ghost is not the one behind the words you speak. Running sounds over a forked tongue in church does not help you. It just digs your path to hell deeper and deeper as you continue your efforts to deceive both God and man!

Snakes will get baptized while never giving true repentance and allegiance to God. They go down a dry sinner and come up a wet one. Why? Because it helps them “look” the part. Their deceived heart becomes further sealed in its wickedness.

One can only keep the façade up for so long. Cracks will begin to appear, because their god is prideful and will not allow himself to be worshiped behind the scenes for too long.

When the church doesn’t handle such individuals according to Scripture, hypocrites just keep doing evil. The snake gets bigger and stronger, thinking themselves right and above reaping what they have sown. Like their father, they bring trouble into the House of God by destroying unity, breaking down families and leading others astray. That is one of the reasons the Holy Ghost didn’t turn a blind eye to Ananias and Sapphira or Elymas (Acts 13:10-11) in the church’s early days.

TRANSFORMING THE SNAKES IN THE PEWS

The church must not water down the Word of God. Snakes like to hide, but the light exposes. The Word of God is the lamp that must be allowed to shine bright. In other words, call it like God sees it! Don’t paint glaze over what/who God calls evil and wicked. Tell the truth with its full weight behind it. And if the snakes don’t like it, just tell them

Be more discerning before offering the right hand of fellowship to anyone who “looks” the part. God knows those who are His (John 10:14; 2 Tim 2:19). God can and will give us the truth regarding those in our midst, just like He did for Peter (Acts 5; Acts 8).

In order to help snakes become transformed to saints, we must be willing to obey Scripture and allow the Lord to lead. It may require tough love sometimes; it may require actions those who lack wisdom and discernment do not understand. But we simply cannot allow snake dens to develop/remain in the house of God. We must care enough about the souls of men and women to be led by the Lord and not by our emotions, once snakes have been revealed.

We have not arrived home yet. We are still in this flesh, and the Bible tells us to examine ourselves. We must look at ourselves, our thoughts, our views, how we treat others, the things we allow etc…and then accept what we see. We must ask God to reveal what is in our own hearts. This helps us keep the beams and motes out of our own eye so we can see clearly to help others (Matt 7:3-5).

If we recognize the characteristics of the snake anywhere in us, we must immediately go to God in repentance. Jesus Christ is the serpent crusher! He transforms, if we will allow Him to be Lord of our lives. One does not have to remain one of the snakes in the pews.

One thought on “Snakes in the Pews”