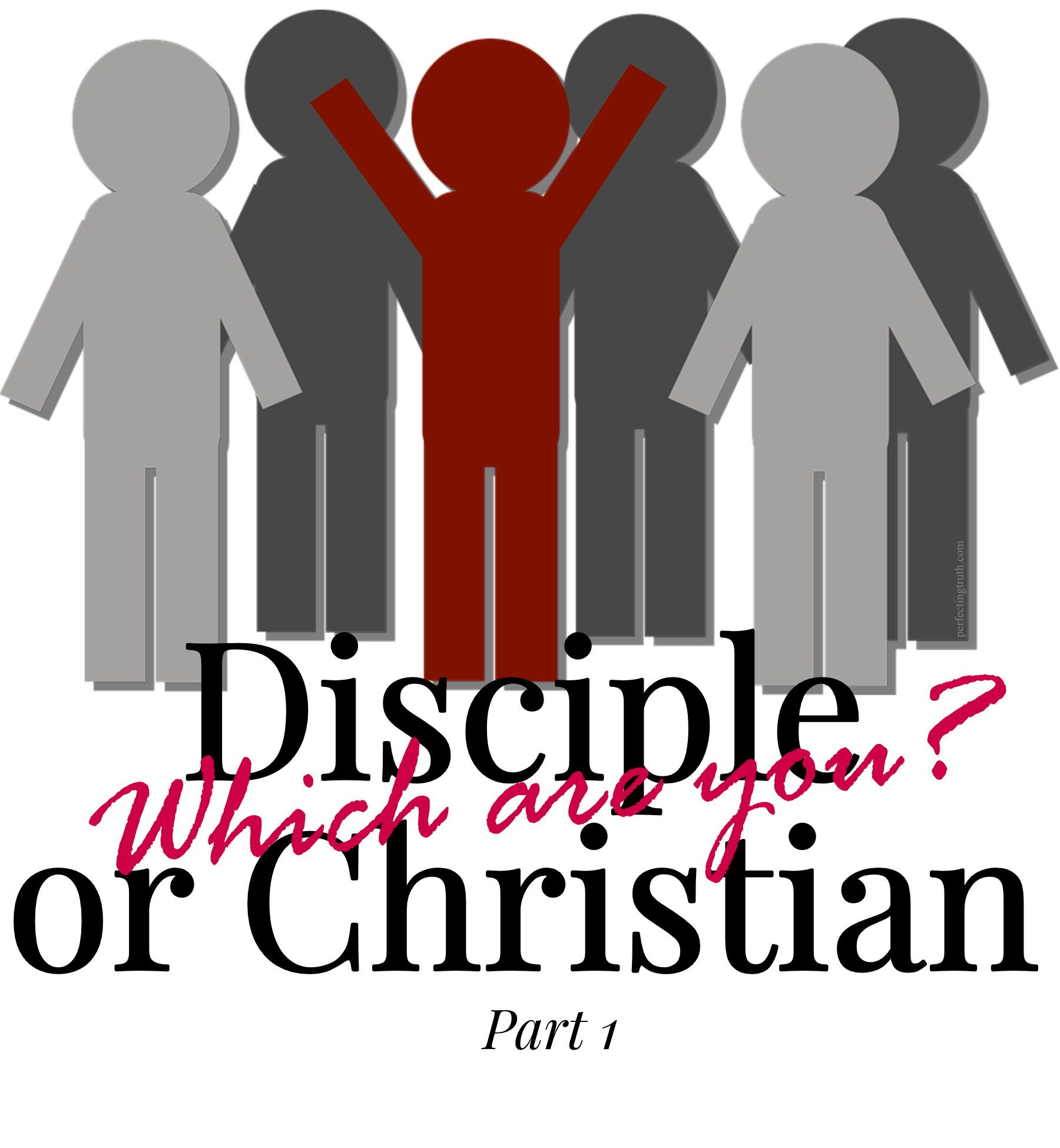 We live in a time where it seems being a “Christian” is quite popular. We see individuals on the world stage choosing to jump on the Christian band wagon. Amongst non-celebrity citizens one finds no shortage of professing Christians. Throughout the venues of daily life, one is likely to run into quite a number of professing Christians. I don’t know about you but, to me, this provides food for thought.

Human beings normally do not rush after God. Selfish beings, people want to be their own ruler. We want life our way along with a convenient escape from any negative consequences our choices may bring. Individuals also do not want to suffer any unpleasantness. We want to be liked, to fit it, to be accepted. We, by default, live by our senses – what we can see, hear, touch and taste – and our desires.

Considering all of the above, I can see an obvious reason for the supposed rise in the number of professing Christians. It is the easy believism offered by American Christianity. But how does this measure up in light of biblical instruction and examples of what we are to be? Let’s take a look at Christ’s instructions.

So, in light of Jesus’ actual instruction, one can see a little further into the seeming claim to be Christians. How many claiming to be Christians do you hear signing up to be a disciple? It is really a word you pretty much never hear, even in church. Let’s take a gander at what a disciple actually is shall we?

The International Standard Bible Encyclopedia explains that a disciple is a person who not only accepts the views of the teacher but is also in practice an adherent. Therefore,

a true disciple of Christ accepts the teachings of Jesus, not only in beliefs but in lifestyle. Click To Tweet

If we are making disciples then there are some things we should acknowledge and teach about what it means to be a disciple. These evidences of a true disciple should be clearly recognizable in the lives of every true believer in Christ.

THE DISCIPLE, A NEW CREATION

Once an individual chooses to truly repent and live for Christ, their lives are different; everything changes. 2 Corinthians 5:17 explains, “Therefore, if anyone is in Christ, he is a new creation. The old has passed away; behold, the new has come.” Everything is different now; their views, lifestyle, and the way they think etc. are new. The new creation, the disciple, should now walk in newness of life (Rom 6:4). So, just what does this new life consist of? I’m glad you asked!

As a disciple you have been redeemed, purchased at a very high cost! Now you have a new family because you have been adopted into the family of God. Guess what, for a true disciple, this means there is a separation from any who do not want to go God’s way! Also, your desire is to please God at ALL cost.  With this in mind, let’s look at a few facets of the new life of a disciple.

A Disciple’s life is one of sacrifice and even persecution. Living in the USA it has been pretty much smooth sailing for professing Christians. Your head is not on the chopping block to identify as a Christian…yet. The majority of us don’t know what serious persecution is. The Christian life of American Christianity is one of convenience and compromise. Have you ever thought about that?

2 Timothy 3:12 clearly explains that ALL who will live godly in Christ Jesus SHALL suffer persecution. Think about that for a moment.

When was the last time you heard a fellow church member speak of being persecuted on their job or in the community? I’m not talking about having to try hard not to laugh at an inappropriate joke around the water cooler or not exchange words with a grumpy neighbor. When was the last time you heard one request for prayer because they were being severely pressured to disobey God in order to keep their job? Heard of anyone lately who had their coworkers gang up on them in effort to force them out, simply because of the obvious difference between them and those of darkness? Or how about having to deal with constant confrontations by a hellish neighbor? Any endure having their face slapped as one of satan’s children tries to publicly break their godly stand? These days such accounts are truly rare indeed.

Think about 2 Timothy 3:12. Too many Christians today are exactly like the world but with a couple hours a week church thrown in! Following the example of their Master, however, disciples will endure persecution – because of the difference they portray and the sacrifices they willingly make as new creations.

A WAY OF SACRIFICE

Many today make little to no sacrifice while seemingly living under the banner of Christian. They do what they want to do, live how they want to live, whether it pleases God or not. Many say they have the Spirit of God on the inside yet they watch filth every chance they get and commit every form of compromise they can and “still be saved.” Many self-proclaimed Christians today actually deny themselves very little. You don’t really even hear the word “deny” amongst Christians today. Disciples, however, are very different.

…He [Jesus] said to them, whoever will come after Me, let him deny himself and take up his cross and follow Me. For whoever will save his life shall lose it; but whoever shall lose his life for My sake and the gospel’s, he shall save it. For what shall it profit a man if he shall gain the whole world and lose his own soul? Or what shall a man give in exchange for his soul? Therefore whoever shall be ashamed of Me and of My Words in this adulterous and sinful generation, the Son of Man shall also be ashamed of him when He comes in the glory of His Father with the holy angels. (Mar 8:34-38)

Disciples have given their allegiance to God alone. This allegiance is NOT shared with the world or even with themselves. Click To Tweet

Disciples obey the Word of God and present themselves as living sacrifices to God, refusing to conform to this world (Romans 12:1-2).

Disciples live a life that is clean before God; they remove from themselves the carnal things. They do not view anything as too much to let go of. Why? Because they are living sacrifices! Disciples understand they no longer belong to themselves, they belong to God. They now conform to His Will. They have a desire to be like Christ in how they see, think, speak and behave. There is a root cause for this, however, something that truly separates the true disciple from the nominal Christian or general believer.

In part 2 of this subject, we will look a little further into the life of a disciple, and discover what it is that really separates a true Disciple and today’s Christian.

In God I will praise his word, in God I have put my trust; I will not fear what flesh can do unto me.
Psalm 56:4
DailyVerses.net