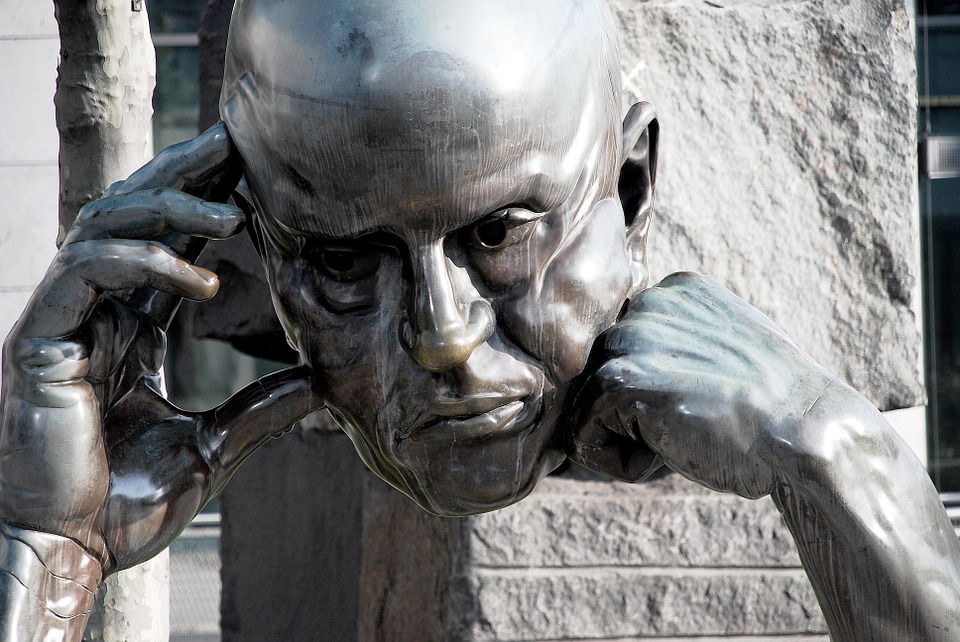 In the eighties, when you started hearing more and more about “positive thinking,” many church folks scoffed at it.  Some were vehemently against anything to do with positive thinking or speaking, others viewed it as another of the world’s many fads, and still others treated it as though it were a new form of hoodo that smart folks should have nothing to do with.  For many, power was only to be found in “Christ” and not in thoughts or words because, after all, “positive thinking ain’t neeever changed nothing for nobody! Right?” Wrong!

I grew up hearing the scoffers – sometimes under our own roof. I will admit this colored my understanding of things, and it trained me to be skeptical of anything positive where this natural life is concerned. I have recently had to step back, take a good look, and question the ideology of those most holy scoffers of the positive.  Scripture tells us to examine ourselves. Sometimes that examination takes us far below the surface of our issues. I took the plunge and would like to share something with you.

Those scoffing church folk from way back when (and even those of today) adamantly speak as though God has nothing to do with positive thinking or speaking. They would have us believe that efforts in the positive direction are futile or, at best, just a waste of time. Is this true? I must boldly declare it is a definite untruth! The Bible gives numerous precedents for both positive speaking and thinking.

Just to Clarify: Positive speaking/thinking is not about sitting around thinking rosy thoughts all day. The faith of believers, their trust in God, is directly related to positive thinking and talking – if we truly trust and believe Him that is.

Now, this post (and the next) is not meant to be an in-depth study of this subject – although it would be easy for one to really get into this and talk for hours. My purpose here is to give you something to chew on, some points to ponder regarding the importance of our words (both spoken and thought).

There are those who are eternal pessimists; THEIR glass is always more than half empty and, no matter what they do, it never works out for them to get a glass even half way full – like everybody else. They are forever broke, forever busted, and forever disgusted. For these people, God is always blessing other people and forgetting about them. Nothing good ever happens for them. Everything they try to do falls apart. They are unlucky, can’t buy a break ’cause they’re always broke, don’t know why they were even born, and wish they were dead!

I am not exaggerating here; I have heard this kind of rubbish with my own ears. I know people who are suffering from deep-seated Eeyore Syndrome (“Thanks for noticing me”) and have been for over 50 years. The sad thing is that a lot of this stuff pours continuously from the hearts and mouths of professing believers; those same “believers” who knock the positive!

The lack of understanding that what we say and think matters is why numerous children are raised to carry on the plight of the pessimistic, cynical, weak, nominal christian. I know because I am one who recently had to put that banner down and pick up truth. I didn’t really know anything about trusting God for anything, and I lived life as though what was would always be. I never looked for changed or allowed myself to think past the day. I just existed, which is what a pessimistic mindset and atmosphere breeds. People of God are not supposed to be like that. What we think and what we say Matters! It is of no consequence if we believe it does or not. I submit that if we nurture a Negative Nelly mindset then we are christians in name only and must change.

From what I have witnessed over the years, Negative Nellies will not obey the Word of God. They may talk about God’s goodness and quote the proper verses, but they refuse to actually live by the Word. Individuals like this always have a “but” or a “not always” ready in regards to the promises of God; they are always ready to explain why God’s promises do not and have never applied to them. Negative Nellies are actually double-minded — which is quite possibly the root of their life’s problem!

In the next post, we’ll have the Bible explain further.

Until next time – watch your mind and mind your mouth!

** What do you think about positive thinking and speaking?

Do you feel it’s a crackpot idea or just one of those things that sound good to the ear but has no substance?

Were you against it at one point but have since learned better?

Are you a positive thinker and speaker? Have you benefited?

2 thoughts on “Does it Matter What I say and How I think? Part 1”

Great is the LORD, and greatly to be praised; and his greatness is unsearchable.
Psalm 145:3
DailyVerses.net